You are here: Home > About KCATA > Who We Are > KCATA Interim CEO Frank White, III 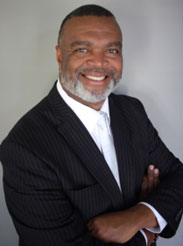 In less than ten years with the KCATA, Frank White, III has quickly distinguished himself as a leader who cares deeply for the region with a commitment to exploring and executing innovative approaches to achieving the organization’s mission.

He has held leadership roles in marketing, business development and co-founded RideKC Development Corporation. As interim President and CEO, White is tasked with improving reliability for transit customers, engaging stakeholders on both sides of the state line and continuing the agency’s mission to connect people with opportunities.

Frank holds a Bachelor of General Studies in Psychology from the University of Kansas. Since coming to the KCATA in March of 2016, Frank has won three First Place AdWheel Awards for marketing and was one of 35 national future transit leaders identified and accepted into the Eno Transit Senior Executive Program, an industry executive training program, recognizing senior executive potential.

Frank’s focus as the interim President & CEO will be on recovering ridership lost during the pandemic, regaining staff to support the service that is currently offered to customers, strengthening relationships, and ultimately positioning KCATA as a world-class agency that connects people to opportunities and leads the conversation around transit in our backyard and beyond.

Who We Are
About KCATA